Reports
SAIC：Aims to be a comprehensive provider, including mobility services, by 2025
Promoting electrification, intelligent & connected, sharing, and internationalization 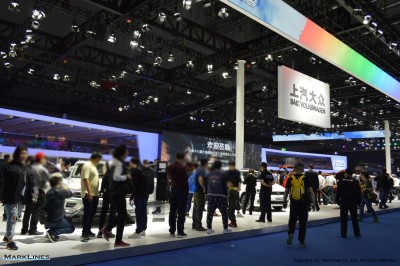 On October 11, Škoda Auto announced that the top management of VW Group met the Government of Czech Republic and signed MoU. Skoda and CEZ Group will establish several thousand charging points in the country by 2025. Herbert Diess, Chairman of the Board of Management at Volkswagen AG, had a meeting with Karel Havlíček, Czech Deputy Prime Minister and Minister for Industry, Trade and Transport.
Volkswagen Group plans to build six gigafactories in Europe with a total capacity of 240 gigawatt hours. One of these cell factories is to be built in Central or Eastern Europe; a decision on the location is expected in the first half of 2022.
As part of the Next Level – Škoda Strategy 2030, e-components or e-vehicles are to be manufactured at all three Czech plants in Mladá Boleslav, Kvasiny and Vrchlabí by 2030.
High-voltage traction batteries for the plug-in hybrid models SUPERB iV and OCTAVIA iV as well as for models of other Group brands are already being built. At the beginning of 2022, production of MEB battery systems will also start in Mladá Boleslav for the ENYAQ iV.
(Škoda press release)

On October 7, Skoda announced that the second production model after the Kushaq from the INDIA 2.0 project will be known as the Slavia. It will be presented later this year.
It will complement the Octavia and Superb saloons (sedan), which are highly regarded in India. It will be based on the MQB-A0-IN version of the Modular Transverse Toolkit, which Skoda has adapted to meet the particular needs of the Indian market. In vehicle production, Skoda Auto achieves localization of up to 95%.
The new saloon for the A0 segment was named with the earliest days of Skoda Auto in mind. Starting in 1896, one year after the founding of the company, Václav Laurin and Václav Klement successfully marketed their first, jointly developed bicycles under the Slavia name.
Together, the Kushaq and the new Slavia are expected to boost sales in India considerably.

On September 22, Škoda Auto announced that it has developed a sustainable, ecological material and applied for a patent in collaboration with the Technical University of Liberec.
This innovative raw material is made from sugar beet pulp. Škoda Auto is also researching another material based on the reed plant miscanthus. The material is directly obtained from the town of Dobrovice, near Mladá Boleslav. Both could be used in the interior of new Škoda models in the future, for example for the door trim and decorative inlays in the dashboard.
With a purpose to avoid long supply chains and optimise the CO2 footprint, Škoda Auto demonstrates the wide range of possible applications for the new materials on a purpose-built OCTAVIA in which door panels and vehicle pillars are finished using miscanthus-based fabric, and sugar beet shavings are used in the door panels and on the dashboard. 30% of the seat covers in the Design Selection ‘Lodge’ for the Škoda ENYAQ iV are made from 100% new wool.
Škoda is also working on use of renewable raw materials is the regenerative fuel HVO, to which the diesel engines of Škoda vehicles will be converted from model year 2022.