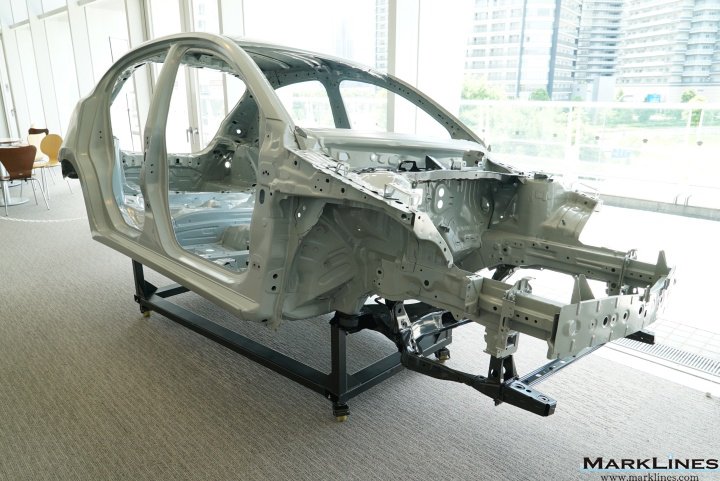 The Automotive Engineering Exposition 2015 was held at Pacifico Yokohama on May 20 to 22 by the Society of Automotive Engineers of Japan, Inc. (JSAE). During the 2015 JSAE Annual Congress (Spring) that was held as part of the Exposition, Mr. Hidenori Matsuoka, assistant manager in the body development department of Mazda Motor Corporation's vehicle development division, lectured on the recent development of body structural technologies. He elaborated on the latest technologies that were incorporated in the all-new Mazda2 (sold as the Demio in Japan) for improved crash safety, body rigidity and other structural performances as well as further weight reduction. Special efforts were made in developing the Mazda2 by using conventional methods and steels without relying on high-cost engineering or material. A Mazda2 body was placed in front of the lecture hall for questions and answers session with the visitors. This report focuses on the body structural technologies used in the all-new Mazda2 that were introduced by the lecturer.