This is the second report from the North American International Auto Show (NAIAS) held January 14-27 in Detroit, Michigan, USA.

The Japanese carmakers came into Detroit with a lot of momentum after recovering from the Great East Japan Earthquake and the Thailand floods of 2011. Toyota Motor Corp. rebounded sharply in 2012, reclaiming the top global sales spot over General Motors and Volkswagen AG. Nissan and Honda also reported strong sales increases for the year. 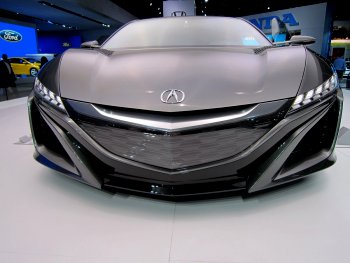 Double digit sales gains in the US market have encouraged the Japanese OEMs to introduce several new and updated models. New concepts were unveiled hinting at the likely designs of upcoming production models, with renewed focus on the luxury brand segment. These introductions are expected to fuel continued growth in the North American market in 2013.

Korean carmakers Hyundai and Kia also made their presence felt with impressive design and production concepts. With the US market accounting for a significant portion of each brand's volumes, these companies continue to push their models into the luxury segment.

The sole Chinese company at this year's show was Guangzhou Automobile Group. They seemed focused on promoting their capabilities as they don't currently sell vehicles in the US. They displayed three vehicles with green technologies at varying stages of development.