- According to LMC Automotive's forecast (as of Q3 2020), global light vehicle production in 2020 is expected to decline 16.7% year-over-year to 74.11 million units. The production forecast has been revised upward significantly from the previous forecast (71.04 million units as of Q2 2020) against the backdrop of a rapid recovery in demand, mainly in China and South Korea.

- Looking at the production forecast by group, all groups forecast a double-digit production decrease compared to the previous year. However, the production of the Renault-Nissan-Mitsubishi group, which ranks third behind the Toyota and VW groups, is expected to fall 25.2% year-over-year (a drop of 2.45 million units) due to struggling sales in the US and China, a particularly severe decline. 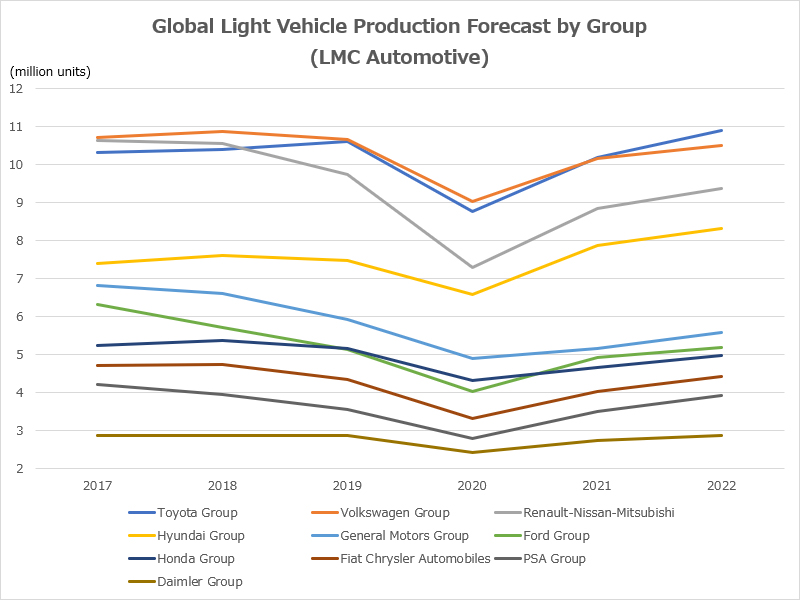