2020 global production forecast is 71.04 million units, major OEM groups down 20% across the board

- According to LMC Automotive's forecast (as of the 2nd quarter of 2020), the global production of light vehicles in 2020 is expected to decline by 20% compared to a year earlier, to 71.04 million units. Against the backdrop of many vehicle assembly plants suspending operations in the second quarter of this year (April through June) due to severe COVID-19 lockdown measures undertaken worldwide, the second quarter forecast has been reduced from the first quarter forecast (76.89 million units).

- By group, the top three (VW Group, Toyota Group, Renault-Nissan Group) have maintained annual production levels of 10 million units for several years, but in 2020, achievement of this level has been interrupted on a grand scale. The forecast predicts that these Groups will reach 8.77 million, 8.48 million and 7.22 million units, respectively. 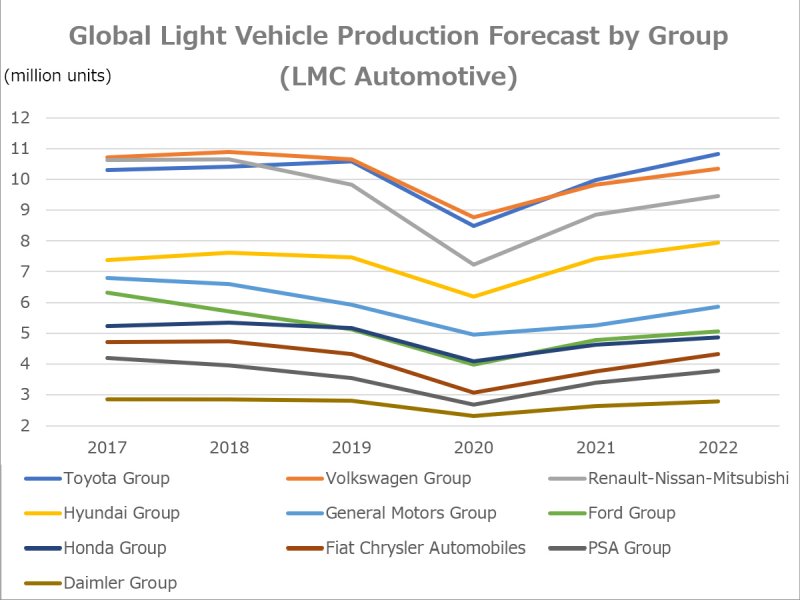