Global sales to reach 87.46 million units in 2021, upwardly revised for U.S. due to strong demand

*An updated version of this forecast report will be released every quarter.

・According to LMC Automotive's forecast (as of Q2 2021), global light vehicle sales are expected to increase 12.4% YoY to 87.46 million units in 2021. As the impact of the semiconductor shortage spreads globally, forecasts for many countries have been revised downward from the previous forecast (as of the first quarter of 2021). On the other hand, the forecast for the U.S., where the current demand is extremely strong, has been revised upward substantially, and the forecast for the world as a whole is almost the same level as the previous forecast (87.28 million units). 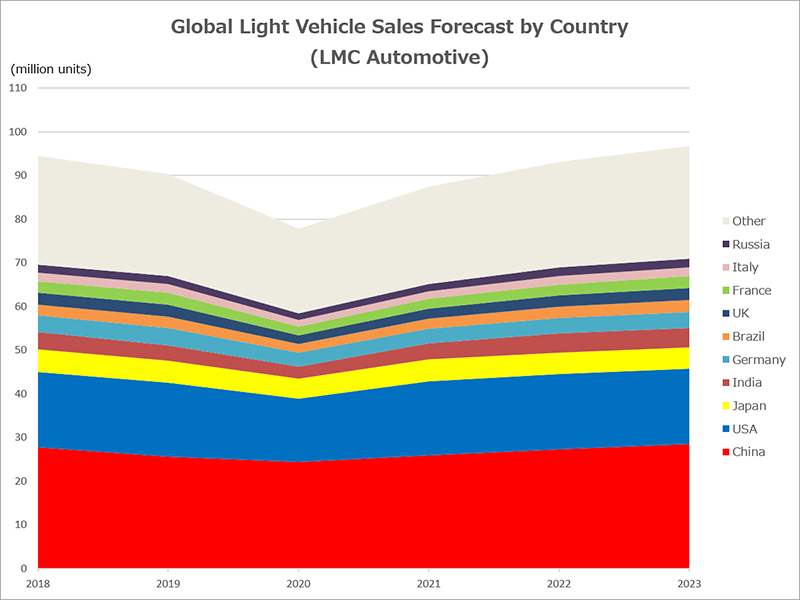