・According to LMC Automotive's report as of Q4 2021, global production (excluding medium- and heavy-duty commercial vehicles) is estimated to have increased 2% y/y to 76.42 million units in 2021. The production recovery that was expected at the beginning of the year was dampened by the spread of the Delta variant coronavirus and semiconductor shortages, and global production was only slightly higher than the actual level in 2020. 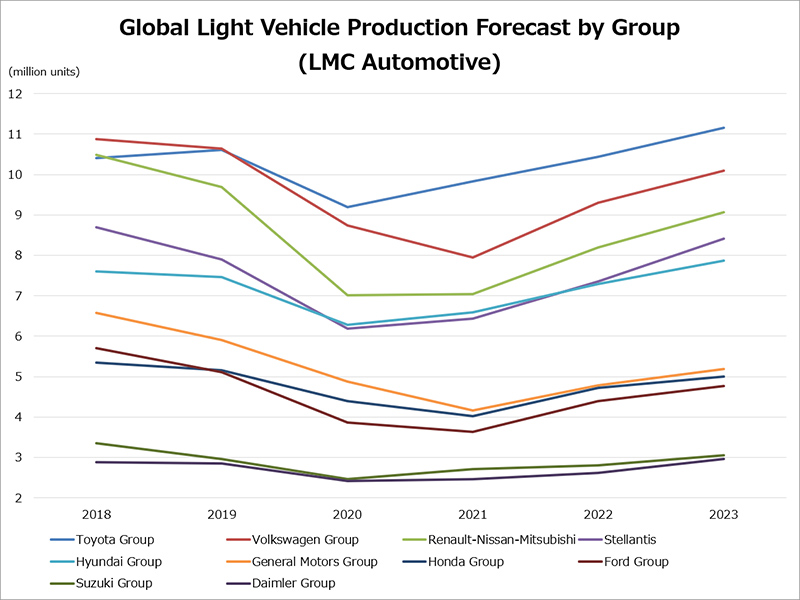 This report is for customer members only.  1 pages remaining.
Read more at no cost for a limited time by registering for a free trial.
Continue reading