World production to reach 87M units in '21, impact of COVID and microchip shortages to recover in H2

・According to LMC Automotive's forecast (as of the first quarter of 2021), the global production of light vehicles in 2021 is expected to increase by 15.6% year-on-year to 87 million units. In addition to the impact of COVID-19, the shortage of semiconductors is spreading throughout the world. Nevertheless, it is assumed that reductions in production cutback in the first half of the year will recover to a certain extent in the second half and as with the previous forecast in Q4 of 2020, a strong recovery is expected from 2020.

・In terms of production by major groups, the Toyota Group, the VW Group, and the Renault-Nissan-Mitsubishi Group will maintain the top three positions, but Stellantis, which was launched in January this year, is expected to surpass the Hyundai Group from 2022 onward, rising to fourth place. 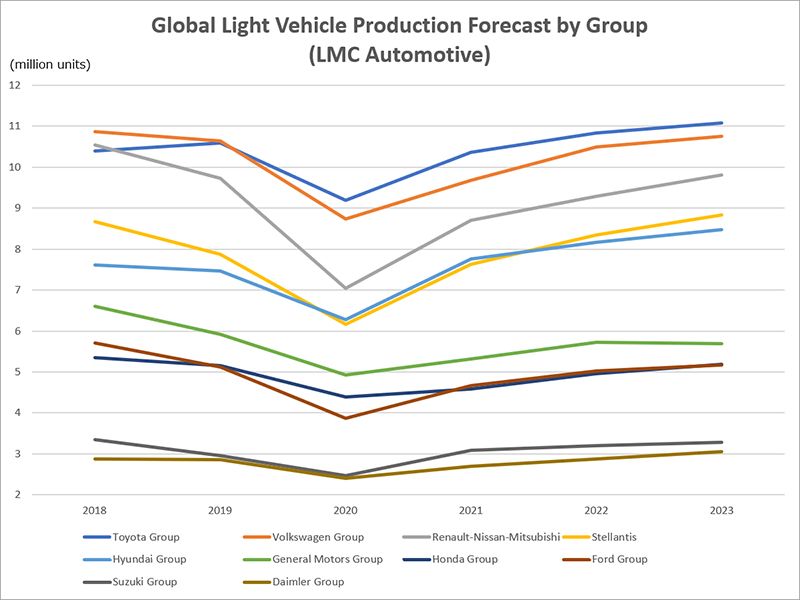