Toyota exhibited a cutaway model of a 3-row seat wagon model of HEV Prius α, which it started marketing in May 2011 (delayed two weeks due to the Great East Japan Earthquake). GM showcased the Volt PHEV for the first time in Japan, which was launched in the US in December 2010. The company also displayed the panel that showed the outline of the Volt's electric drive system. In addition, Honda exhibited a demonstration model of its PHEV. 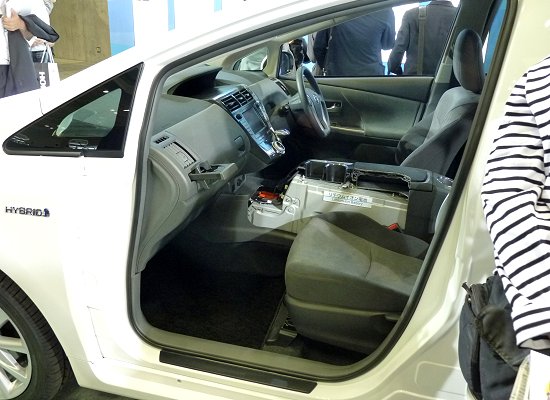 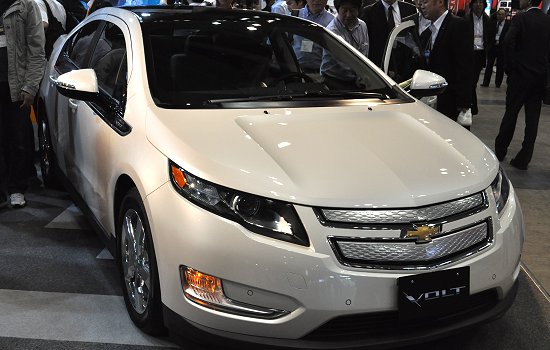 Volt, which debuted in Japan

Nissan exhibited the Leaf EV, which is a sedan type model currently marketed in Japan, the US, and Europe. Mitsubishi showcased the Minicab-MiEV, which is a mini commercial vehicle EV that is scheduled to be launched in 2011. In addition, Toyota exhibited a prototype EV that is based on the iQ while BMW displayed the Mini E, which is used in a demonstration experiment, at the event by JSAE. 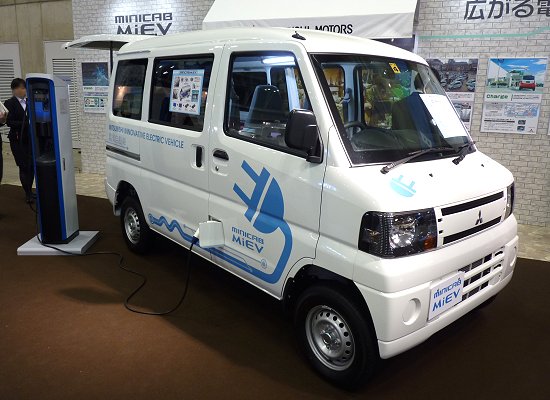 Mitsubishi's mini commercial vehicle EV, Minicab-MiEV, which is scheduled to be launched in 2011 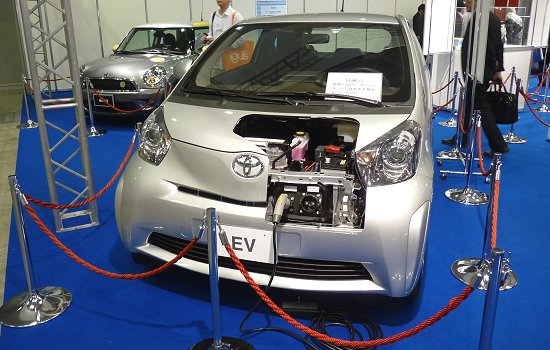 Toyota's concept EV based on the iQ

Summary of exhibition of EVs 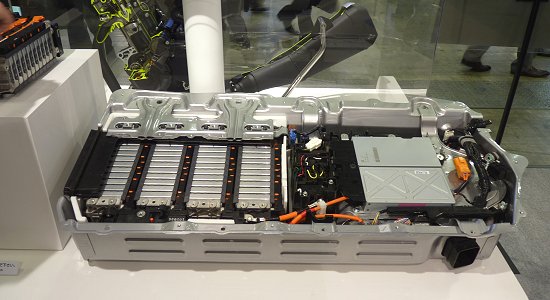 Honda's first Li-ion battery for mass-production models (for the 2012 MY Civic Hybrid: supplied by Blue Energy)

Mazda exhibited "SKYACTIVE-G 1.3" - a direct-injection gasoline engine that has achieved a compression ratio of 14.0 - which is planned to be used in the Demio, which undergoes a facelift in June 2011. Suzuki and Daihatsu showcased new engines for mini passenger cars. 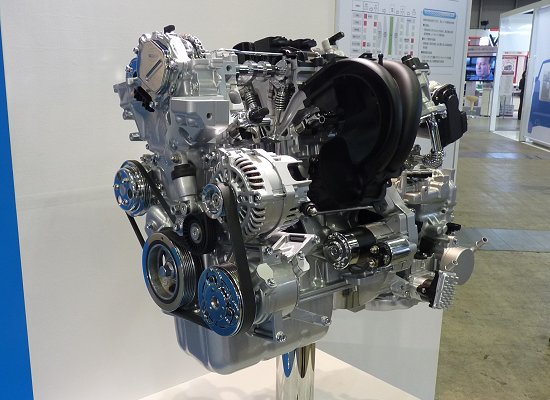 SKYACTIVE-G 1.3 engine that has achieved a compression ratio of 14.0 (It is to be used in the Demio, which undergoes a facelift in June 2011)

Fuji Heavy Industries exhibited "Boxer Sports Car Architecture", which is a technology model of a compact FR sports car that is currently being developed with Toyota with plans to launch in the spring of 2012. 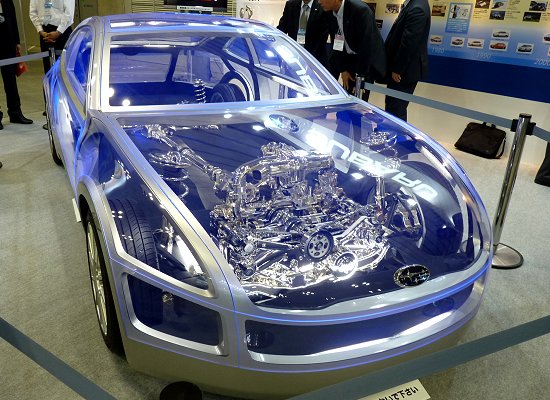 "Boxer Sports Car Architecture", which is a technology model of a compact FR sports car that Fuji Heavy Industries plans to launch in spring 2012

Hino exhibited a new hybrid system for a hybrid truck that is scheduled to be launched in 2011. Compared to the same-type diesel-powered models, the fuel efficiency is improved by 1.5-fold for delivery use in urban areas. Isuzu and UD Trucks displayed midsize engines that meet the post new long-term emission regulations.

In addition, UD Trucks showcased AGV (Automated Guided Vehicle) for conveying engines, which it uses on the new engine production line at its Ageo plant in Japan. 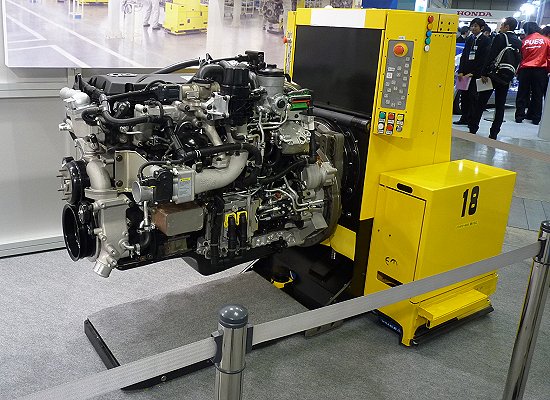