The following is a summary of the exhibition at the 4th International Rechargeable Battery Expo held at Tokyo Big Sight on February 27 to March 1, 2013, focusing on the automotive products.

As for capacitors, Mazda and PSA are already using electric double-layer capacitors (EDLC) on their cars. It appears capacitor manufacturers are evaluating their prototypes, including the lithium-ion capacitors, jointly with automakers.

Lithium-ion battery has been used as the 12V engine starter battery for some time. For instance, the lithium-ion starter battery has been available on certain Porsche models since 2010 while A123 Systems is supplying its lithium-ion starter batteries to three automakers in Europe including McLaren and Mercedes-Benz. They have great advantages such as light weight, long life and brake energy regenerative power, while the cost is very high. A123 Systems plans to expand sales especially to automakers of luxury cars.

Introduction of increasingly strict regulations on fuel economy is likely to expand the market of micro-hybrid vehicles which have start-stop systems and regenerative brake systems (to 39 million vehicles fitted with such features in the world in 2017 according to some forecasts). The lead-acid batteries are dominating this market at present but the manufacturers of EDLC and lithium-ion capacitors (LIC), and of lithium-ion batteries as well, are now appealing the benefits of their respective products in the same market.

Panasonic, GS Yuasa and Toshiba known for automotive use that exhibited their products during the last year's Expo were not among the exhibitors this year. 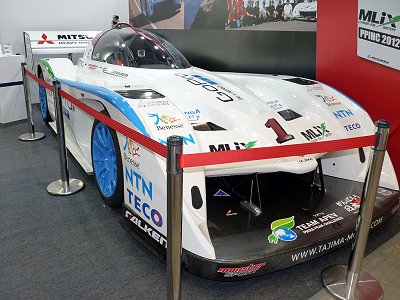 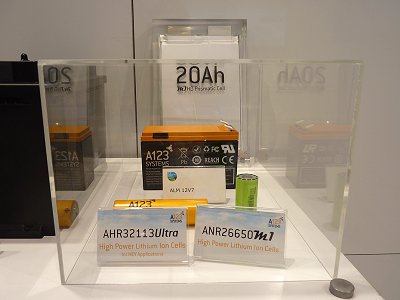 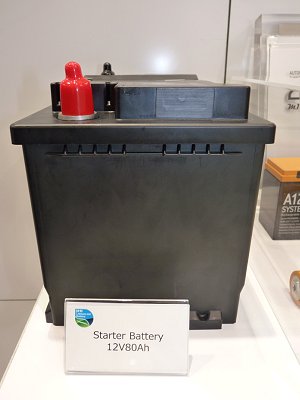 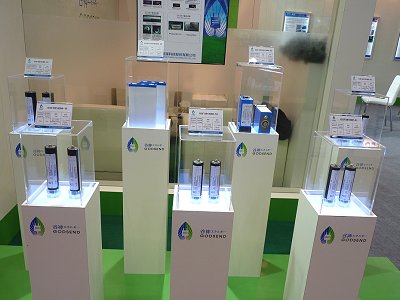 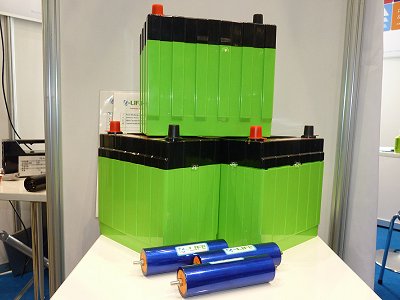 (Note) Mitsubishi Heavy Industries' lithium-ion rechargeable battery, MLiX, is available in the high-capacity type for stationary use and the high-power type for automotive use. The high-power type is used on the company's diesel-fueled hybrid forklifts and buses operated by the cities of Kyoto and Aomori in Japan.

The AGM (Absorbent Glass Mat) technology adopted in the lead-acid batteries displayed at the Expo is said to be the most advanced technology today for making batteries for use in start-stop and other automotive systems.

Furukawa Battery Co., Ltd., has developed "UltraBattery" for start-stop systems with the negative electrode made up of lead and capacitor negative electrodes in parallel configuration. It represents a combination of high current discharge of the lead-acid batteries and high current charge performance along with a long cyclic life of the capacitors. 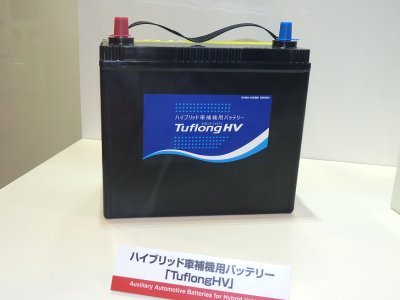 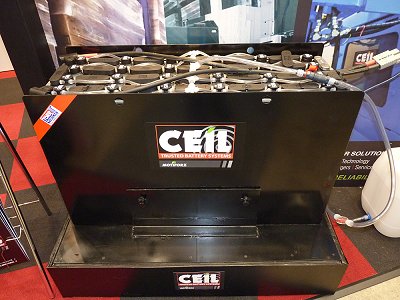 The tall 24V cell module (height over 40cm) of the Ceil-brand lead-acid batteries for forklifts imported from India by Inoue Byora Industry Co., Ltd. The dark brown parts on the surface shows that positive and negative electrodes of neighboring cells are welded together and the white hose is a part of the central system for supplying water to the 24 cells. 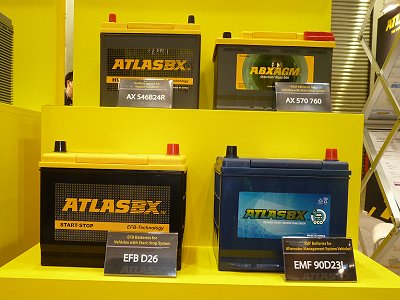 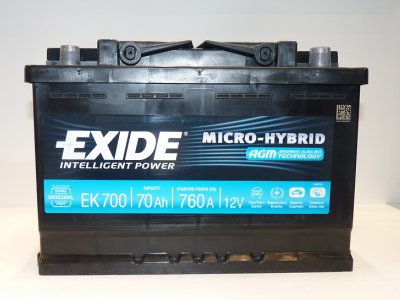 Lead-acid batteries of enhanced charge acceptance and other performances

(Note) 3. When charge rises to a given level, the alternator management system interrupts the alternator to stop charging and increase fuel economy. Batteries of high charge acceptance are necessary for faster charging.

Unlike the secondary batteries that store electric energy by chemical reactions, electric double-layer capacitors (EDLC) do so by absorption and desorption of ions in the electrolytic solution. The EDLC are therefore capable of fast charge and discharge of high current without significant degradation over extended use. However, they only have a small storage capacity and are likely to be used in combination with lead storage battery or lithium-ion battery. 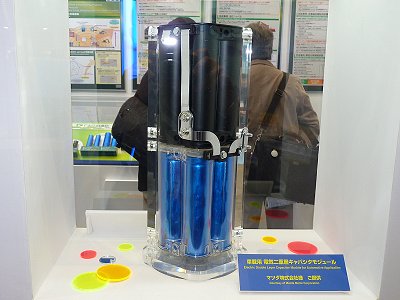 The cathode of a lithium-ion capacitor (LIC) is made of the same activated carbon as the cathode of EDLC. The anode of LIC consists of the same carbon material as the anode of lithium-ion battery. Electric energy is charged and discharged by absorption and desorption of ions in the electrolytic solution at the cathode, and by occlusion and release of lithium-ions at the anode. LIC has higher output and energy density than EDLC.

According to Advanced Capacitor Technologies, Inc., the company has received inquiries about using LIC in micro-coaches that are capable of frequent charging at bus stops. LIC manufacturers are meeting with automakers about using LIC in start-stop systems, energy regeneration systems and other automotive applications but, in terms of price, reaching an agreement is severe. 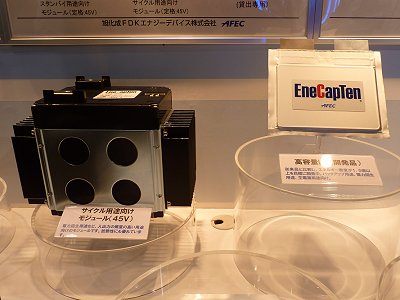 Large capacity lithium-ion capacitor "EneCapTen" exhibited by Asahi Kasei FDK Energy Device Co., Ltd. The module for cyclic application has over 100,000 charge and discharge cycles and has heat sinks at both sides. The newly-developed high capacity type is shown to the right. 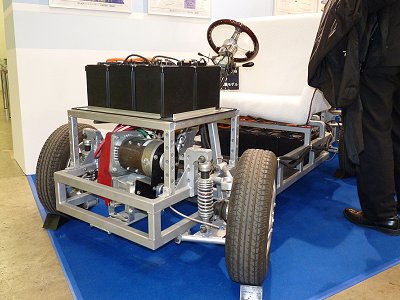 (Note) According to the Nikkei Sangyo Newspaper of March 7, 2013, Asahi Kasei FDK Energy Device plans to introduce a production line in Kosai Plant in Shizuoka Prefecture, Japan, in 2014 to start volume production of lithium-ion capacitors (LIC). The company currently makes prototypes as requested by automakers and now plans to standardize the products' function for mass produced vehicles.

At the merger of Panasonic and Sanyo Electric, FDK bought nickel-metal hydride (Ni-MH) battery businesses from Sanyo Electric other than the automotive drive application.

Source: Exhibits and brochures at the Expo and the exhibitors' press releases