US and European OEMs: the emphasis shifts to performance and style 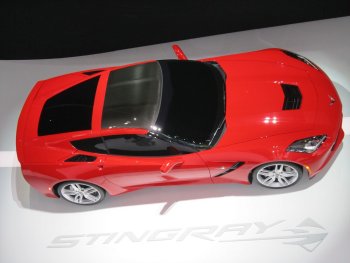 This is the first report from the North American International Auto Show (NAIAS) 2013 held January 14-27 in Detroit, Michigan, USA.

The tone of this year's auto show was more positive than the past few years as the US auto industry is in the middle of a slow and steady recovery. However, optimism was muted as companies are still worried about economic progress in Europe and ongoing fiscal debates in US government.

While most companies exhibiting at the show were displaying green technologies in the form of electric, hybrid, or fuel cell vehicles, these were not as prominent as in the previous few years. The emphasis has shifted to performance and style, while focusing on the practical. Most concept and prototype vehicles are near-production designs and will be in the market within the next year or two. Gone are the whimsical and extravagant design concepts that had little chance of ever making it to production.

From an artistic standpoint, the generous use of LED lights continues to permeate the designs of several models, from entry level to high-end offerings. More manufacturers are introducing tiny cameras and sensors to their models. This report focuses on the vehicles displayed by the major North American and European carmakers at the 2013 North American International Auto Show. A second report will be released highlighting cars shown by Japanese and Korean manufacturers.