The 3rd EV & HEV Drive System Technology Expo (The 3rd EV Japan) was held from January 18 to 20, 2012, at the Tokyo Big Sight. Some of the exhibited items are reported below along with certain displays from the co-exhibited Car-Ele Japan (International Automotive Electronics Technology Expo). There will be a separate report on the Automotive Weight Reduction Expo that was also held simultaneously. 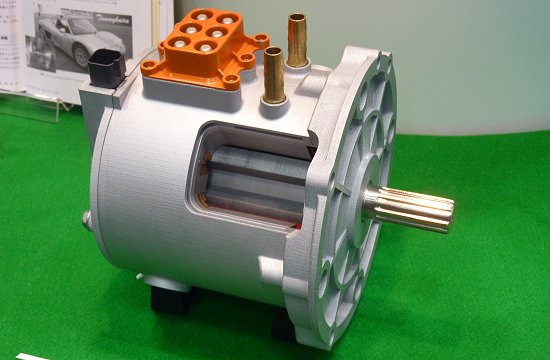 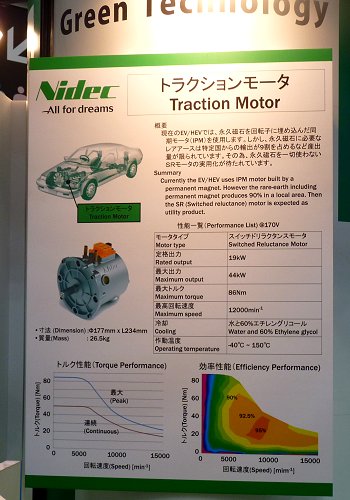 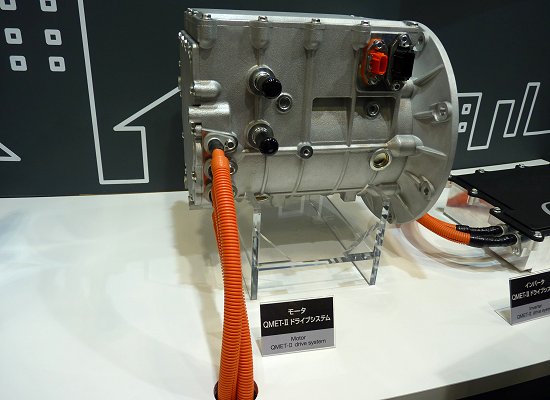 (Note) YMEV is a small capacity drive motor system without the switchable winding wire announced in January 2011 by Yaskawa Electric.

Meidensha: Motors and inverters for Mitsubishi Motors and those being developed 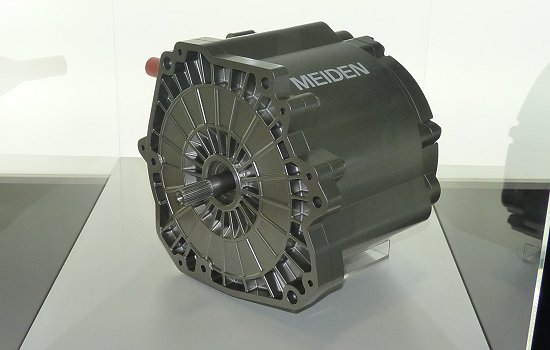 Meidensha's motor for next EV model 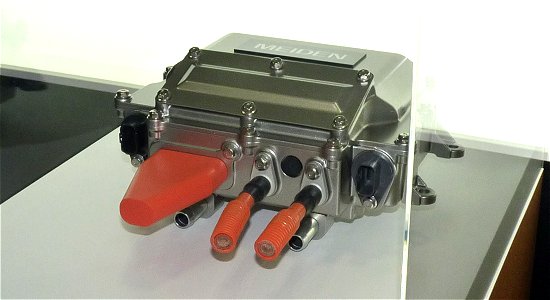 Meidensha's inverter for next EV model

Specs of motors and inverters being developed (reference only) 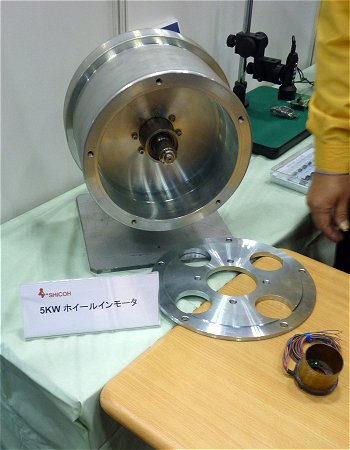 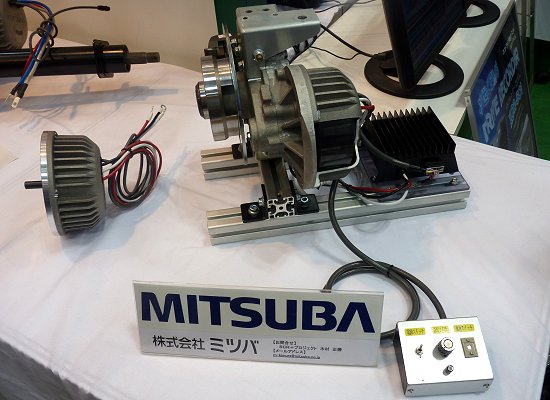 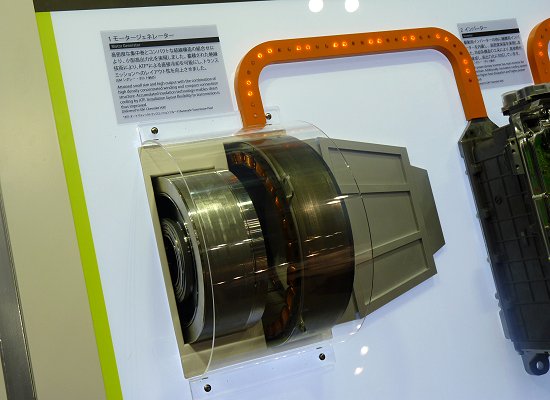 Motor generator for the Chevrolet Volt 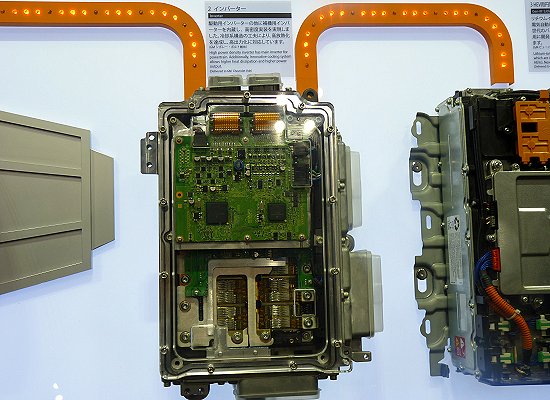 Inverter for the Chevrolet Volt

(Note) The GM Chevrolet Volt uses two motors and both are supplied by Hitachi Automotive Systems. The product on display is the motor that doubles as a generator. 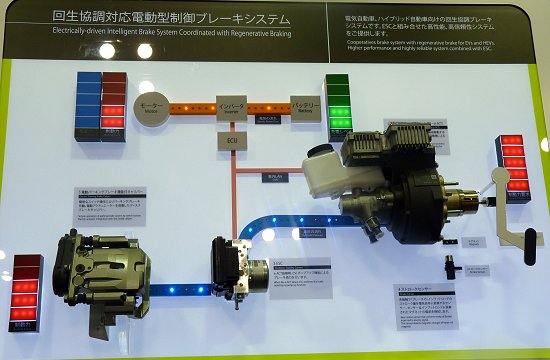 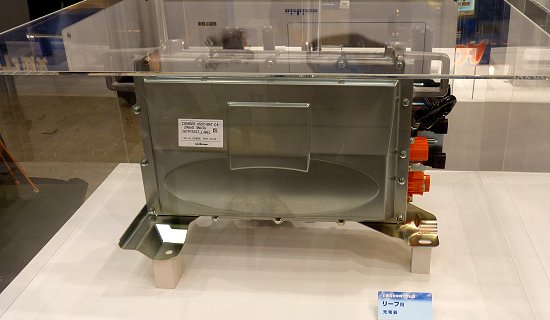 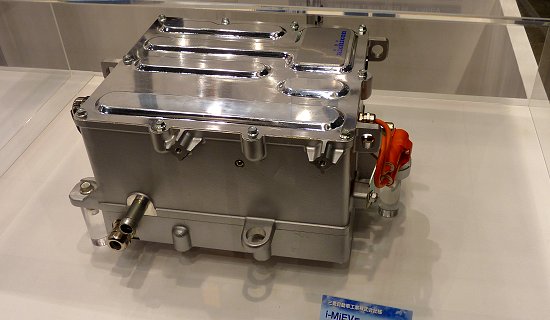 (Note) The electric oil pump is used to cool the driving motor or to maintain necessary hydraulic pressure in the transmission when the start-stop system operated. 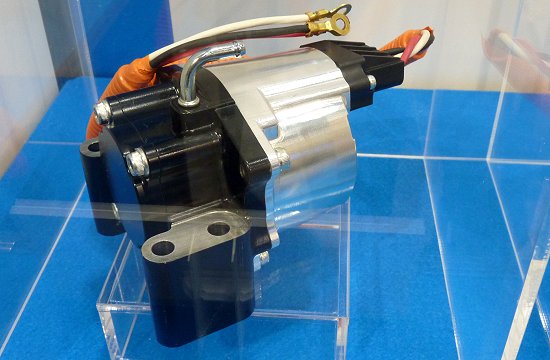 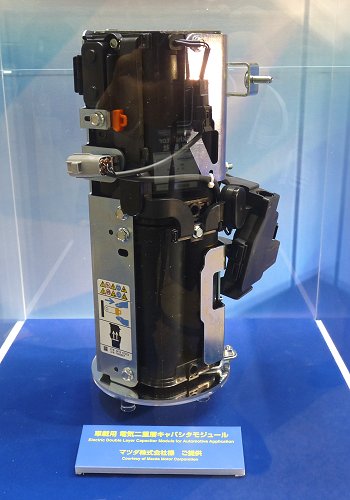 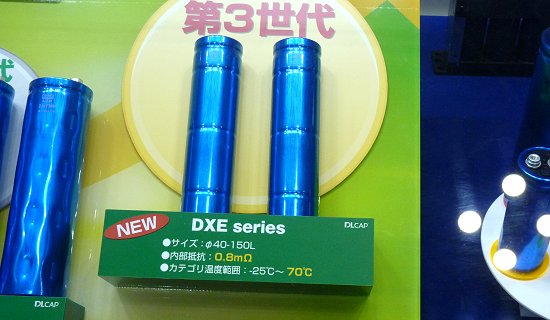 (Note) Mazda's concept car, Takeri, with i-ELOOP debuted at Tokyo Motor Show in December 2011. The car is scheduled for market launch in 2012. 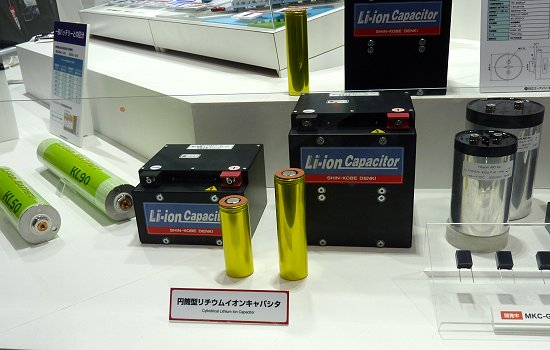 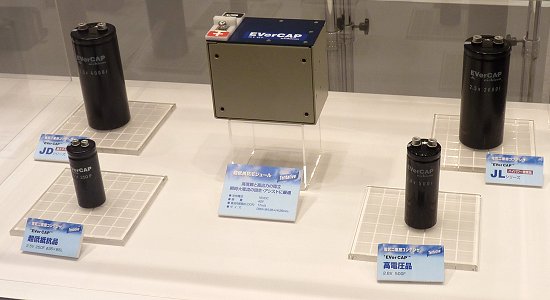