Report 1/An exhibition outline on aluminum, magnesium and other lightweight materials

The 1st Automotive Weight Reduction Expo held on January 19-21, 2011 (held concurrently with the 2nd EV & HEV Drive System Technology Expo) showcased a number of new engineering and other technologies that encourage the use of aluminum, magnesium and other lightweight materials, the use of plastics, especially foamed plastics, and the new processes and methods that allow weight reduction or the use of weight reducing materials.

Morimura Bros. Inc., a sales agency of Alcoa, an American corporation, is a supplier of aluminum (as well as magnesium and titanium). 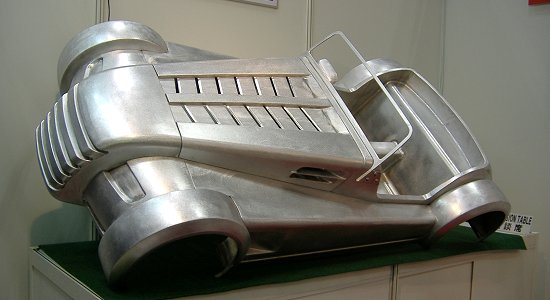 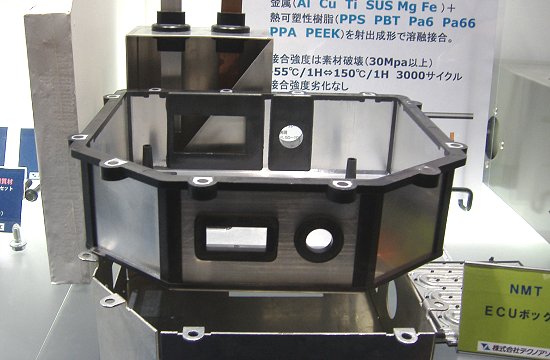 Magnesium has a number of ideal physical properties such as being lightweight (with a specific gravity of 1.8 compared to the 2.7 of aluminum and 7.9 of iron), having high specific strength (strength-to-weight ratio), being easily workable, and having high vibrational absorption capacity. Magnesium is more easily recyclable, as is aluminum, than plastics. It was also known for less ideal properties such as relatively low resistance against heat or corrosion but a number of alloys have been developed that improve those properties. As a result, magnesium is being used more widely than before in Europe and the United States to make engine valve covers, reflector housings and other automotive parts. The raw magnesium is supplied by China in a near monopolistic manner.

A number of magnesium-made products were exhibited at the Expo by NNH, Fujiseikou, and Sankiblast (their use by Japanese automakers is limited at the present).

Morimura Bros. is the sole agency in Japan for Magontec, a German corporation, and Magnesium Elektron, a UK corporation. The company plans to expand sales of magnesium materials and of processed products mainly to the automotive industry. The two European companies exhibited their products being currently used by European automakers. 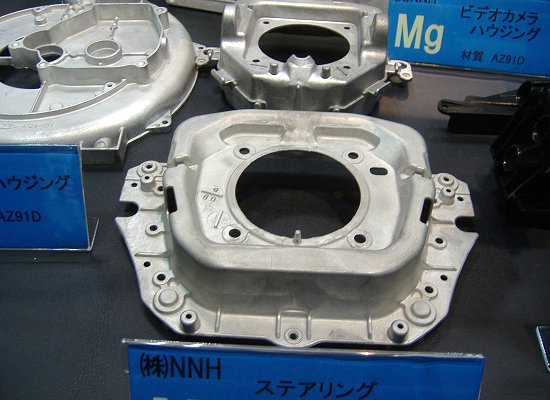 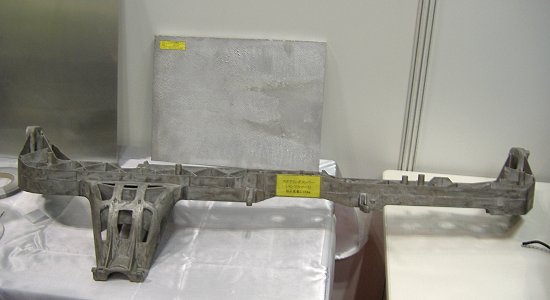 Magnesium-made steering member for Daimler's Smart fortwo (The entire component is built inside the instrument panel and the projected portion to the left supports the steering. Weighs 2.35kg. Exhibited by Fujiseikou.) 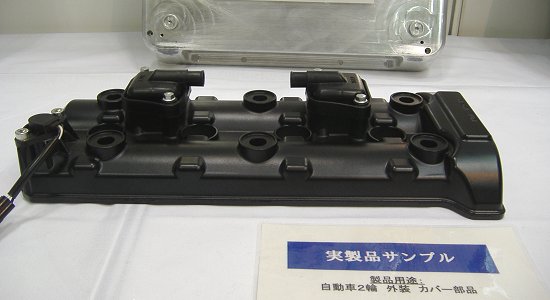 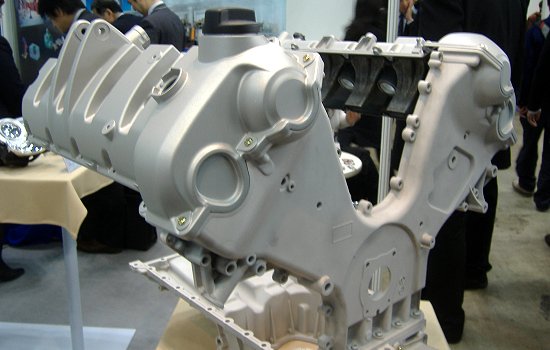 Magnesium-made valve cover, timing chain case and oil housing manufactured by Magontec for Porsche Panamera's V8 engine (exhibited by Morimura Bros; the cylinder block and the cylinder head are made of aluminum) 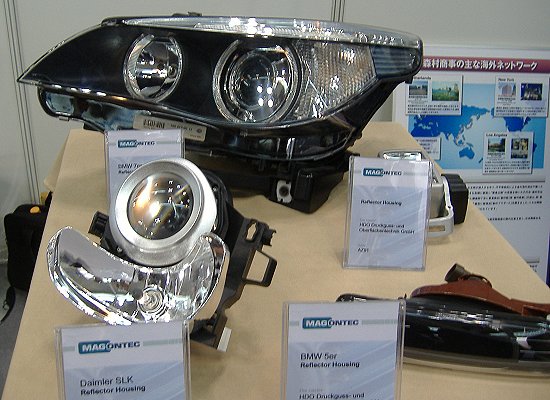 Morimura Bros. also introduced its business focusing on titanium known for light weight and thermal resistance (titanium is a kind of rare earth).

Kodaka Seimitsu exhibited products that use carbon fiber-reinforced plastics (CFRP). Use of CFRP in automotive industry is limited at the present to racing cars, Toyota Lexus LFA etc, but the company has an optimistic view that its use will increase to the car's body structure as well. Daido Kogyo introduced "Flowdrill system" manufactured by The Wagner Companies that forms threaded holes and bushings at the same time. 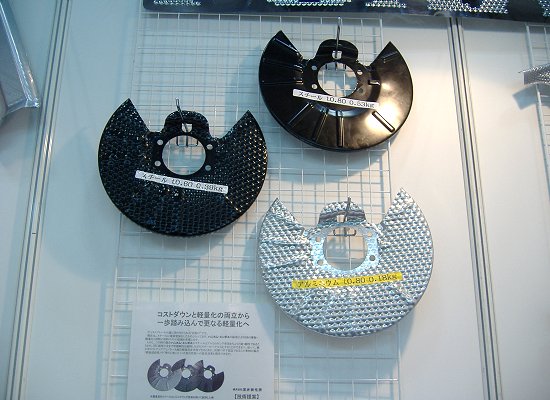