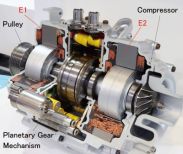 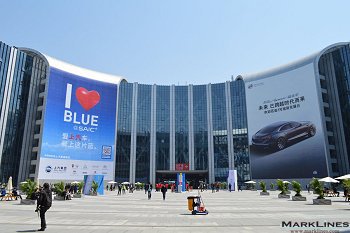 On October 12, Tesla Inc. deployed its first Megacharger station at Gigafactory Nevada.
A more powerful version of its Supercharger network, Megachargers were developed to provide over 1 MW of power for the upcoming Tesla Semi truck, adding 400 miles of range in just 30 minutes.
Tesla has a facility next to Gigafactory Nevada for low volume Tesla Semi production.
Earlier this summer, Tesla completed its drive axle production line, and it was in the process of debugging its low volume general assembly line.
Tesla recently delayed the first Tesla Semi deliveries to customers until 2022 when it will have more battery cell supply, though it is expected to have more pre-production units built at that facility for testing and its internal logistics needs.
(multiple sources on October 12, 2021)

Reported on July 23, 2021, the relaunch of Tesla in Singapore is gathering speed, with the official website now live and a service center in Toa Payoh due to begin operations in July 2021. Moreover, the first Superchargers are now operational in Singapore. At the moment, the use of the chargers is limited to Tesla owners. The firm confirmed that the global Supercharger network will gradually be opened up to users of other EVs starting later in 2021.
According to Tesla, 3 of these high-speed DC charging points, the first in Southeast Asia, have been installed in the ninth-floor carpark of the Orchard Central shopping mall along Orchard Road. They are of the latest V3 variety, providing up to 250 kW of power, with the average charging time of 15 minutes.
Singapore’s transport minister said the Superchargers were approved by the Land Transport Authority (LTA) under a “regulatory sandbox” launched in July, aimed at accommodating technologies that are set to be included in Singapore’s national charging standard. The LTA has been engaging companies to submit specific sandbox applications for a case-by-case assessment.
(From an article of Paul Tan on July 23, 2021 and multiple sources)

All news
View all news relating to Supercharger